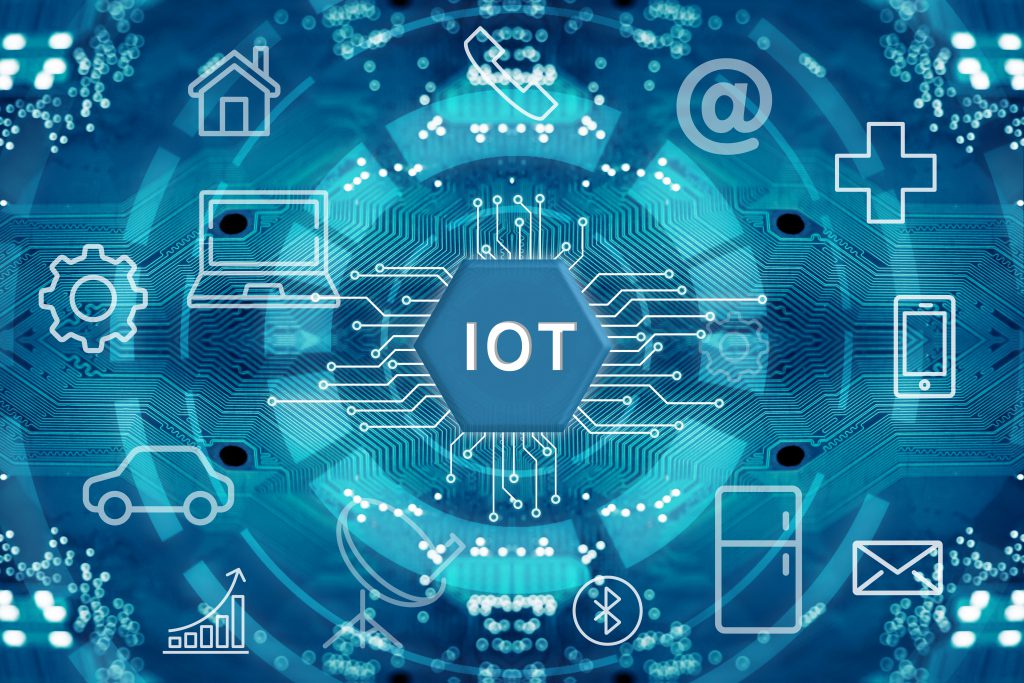 Blockchain and IoT work better together — and they’re poised to fix some of the biggest problems facing companies in the era of digital transformation.

Last year, companies were expected to spend more than $1 trillion on digital transformation for the first time, following a roughly 18% increase in spending from 2018 to 2019. We can expect that upward trajectory to continue increasing sharply in coming years as well. A new generation of technology is here, and we’re quickly approaching a point where everyone needs a digital transformation strategy to avoid being left behind.

It’s safe to put IoT devices high on the list of technologies companies should be investing in, as these internet-connected devices play a huge role in a digital transformation strategy. Why? Because they bring the analog online, whether it’s critical industrial equipment or medical devices. If digital transformation strives to create a seamless digital link between everything, IoT provides ever-important inputs to ensure transparency throughout.

To put this into perspective, consider an airport. It’s filled with high-tech devices: passport scanners, X-rays, magnetometers, fingerprint kiosks, and (during pandemics) infrared thermometers. Each of these devices is individually important, but only by working together can they effectively secure an airport. IoT makes that possible by linking each device into a broader security platform that can quickly identify and respond to threats — whether that’s a virus outbreak, mounting security concern, or something completely different.

IoT adoption might be crucial for a digital transformation strategy, but it’s not the only crucial element. In fact, without blockchain, there are legitimate questions about whether IoT can live up to its potential.

A recent Gartner survey demonstrated that most companies adopting IoT are alsoadopting blockchain. This led one Gartner vice president to comment that “the integration of IoT and blockchain networks is a sweet spot for digital transformation and innovation.” Apparently so, given that the same survey showed 86% of blockchain adopters are using the technologies together in projects designed around their complementary strengths.

The strength of IoT is to extract data from far-flung devices and link these devices into information networks, but trust and security must also be considered. Connected devices are vulnerable to all manner of cyber attacks, and because they have few if any built-in security protections, they’re easy targets.

There are two main avenues nefarious actors will take when trying to gain access through IoT devices. First, hackers will often hijack these tools to participate in distributed denial-of-service (or DDoS) attacks where they bombard a server. Because IoT devices are relatively easy to commandeer, they’re generally easy to ensnare in DDoS attacks. Second, IoT devices create large amounts of data and network activity, and due to high volumes of both, it’s difficult to pinpoint, stop, or assess attacks. Security concerns related to IoT have held back its large-scale adoption, and for good reason: Imagine what would happen if airport security devices came under attack.

This is where blockchain comes in. Savvy companies are pairing their connected devices with blockchain because it offers a uniquely applicable way to address IoT’s privacy and security concerns. There are a few reasons for this: Blockchain is a decentralized database that has no single owner, and the data within can only be added to (not changed). In essence, it becomes an immutable and transparent record. The extensive use of cryptography makes blockchain databases even more private and secure from outside threats. At the same time, consistent logic applied within the blockchain creates trust between the participants.

So how would blockchain and IoT work together? One use case for blockchain might involve quelling fraud and counterfeiting. Blockchains could be loaded with detailed product information for each legitimate product produced by manufacturers. Customers in stores could then scan a product tag to authenticate whether it came directly from the brand manufacturer. At purchase, that buyer could also be cryptographically logged into the blockchain to complete the chain of ownership

Thanks to blockchain and IoT, brands could make a real dent in the rising number of counterfeit goods flooding the market. They could also transform their relationship with customers, given that they have a detailed transaction history for every product sold. This is just one example of how blockchain is used in business, but it illustrates why blockchain and IoT work better together — and how they’re poised to fix some of the biggest problems facing companies in the era of digital transformation.

The business value of blockchain is too significant for businesses to ignore — and if you haven’t already, it’s time to consider a framework. When you’re ready to discuss how blockchain fits into your own digital transformation strategy, contact Chainyard.